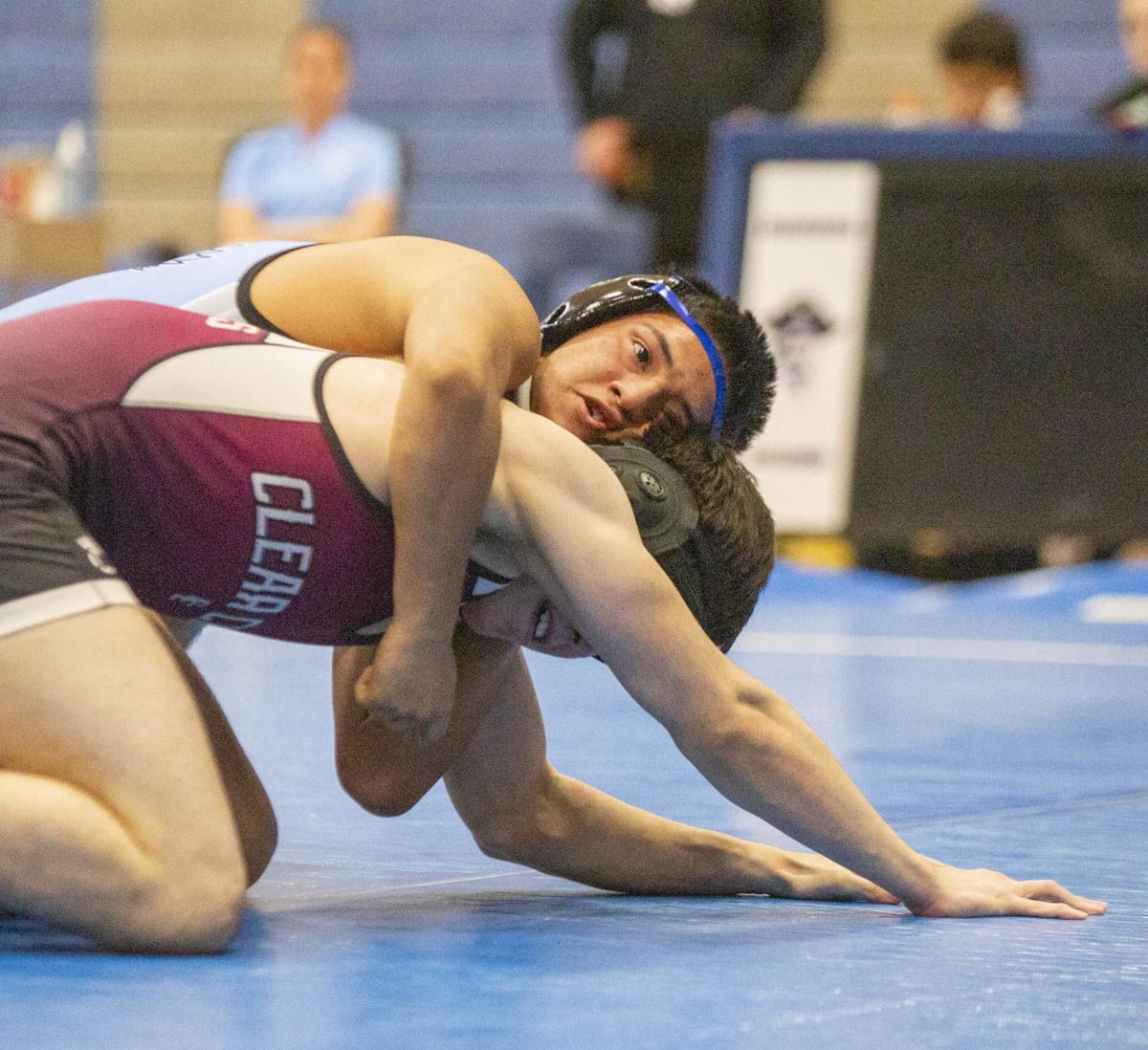 Brazoswood’s Angel Garza holds down Clear Creek’s Paul Fulton during a match Saturday at the Woodshed dual meet in Clute. 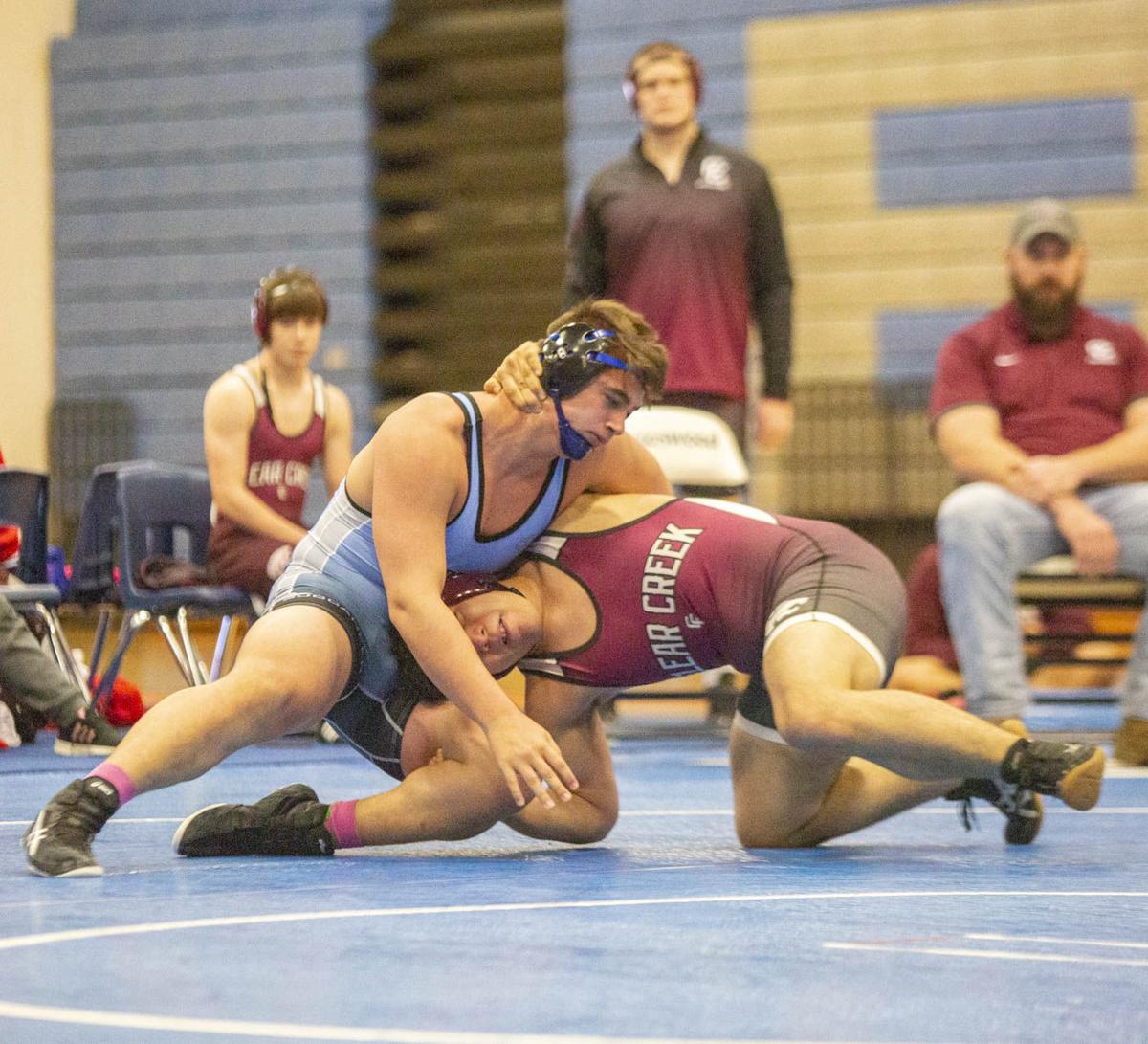 Brazoswood’s Angel Garza holds down Clear Creek’s Paul Fulton during a match Saturday at the Woodshed dual meet in Clute.

CLUTE — Brazoswood wrestlers haven’t lost at home all season and they didn’t stop that trend over the weekend.

“We had so many wrestlers get their first matches ever today,” Brazoswood head coach Curtis Roberts Jr. said. “We went 2-0 Wednesday, but we weren’t too happy with the way we performed. We came out Thursday and Friday to worked on things in practice and they came out Saturday and really surprised me and it showed how much work they put in during practice.”

A big surprise for the Buccaneers was Trevor Dyson, who was brought up from junior varsity to compete in his first varsity match in the heavyweight division (220-285). He came out on top to help the Buccaneers secure points and win his first match at the varsity level.

“He stepped in and for a teammate that went down on Friday during practice and came up big for us,” Roberts said. “He’s 15-years-old and came in and beat a senior.”

The Lady Bucs went 3-5 in exhibition matches with Vera Gonzalez winning her match to boost her record to 17-4 this season. She’s in her first year as a wrestler for Brazoswood and Roberts is excited about her potential.

“I’m so happy with how far she has come. You never know what’ll happen with a new wrestler, but she is extremely coachable,” Roberts said. “The other girls I’m proud of as well, with Arianna wrestling up a weight class and everyone continuing to get better.”

With the wins at home, the senior class went undefeated at home for their entire high school careers with a record of 17-0. They also extended their district dual meet record to 7-0 this season.

Foster competed in the meet as well, but because both Brazoswood and Foster go against in each in two weeks, both coaches decided to hold off until then.