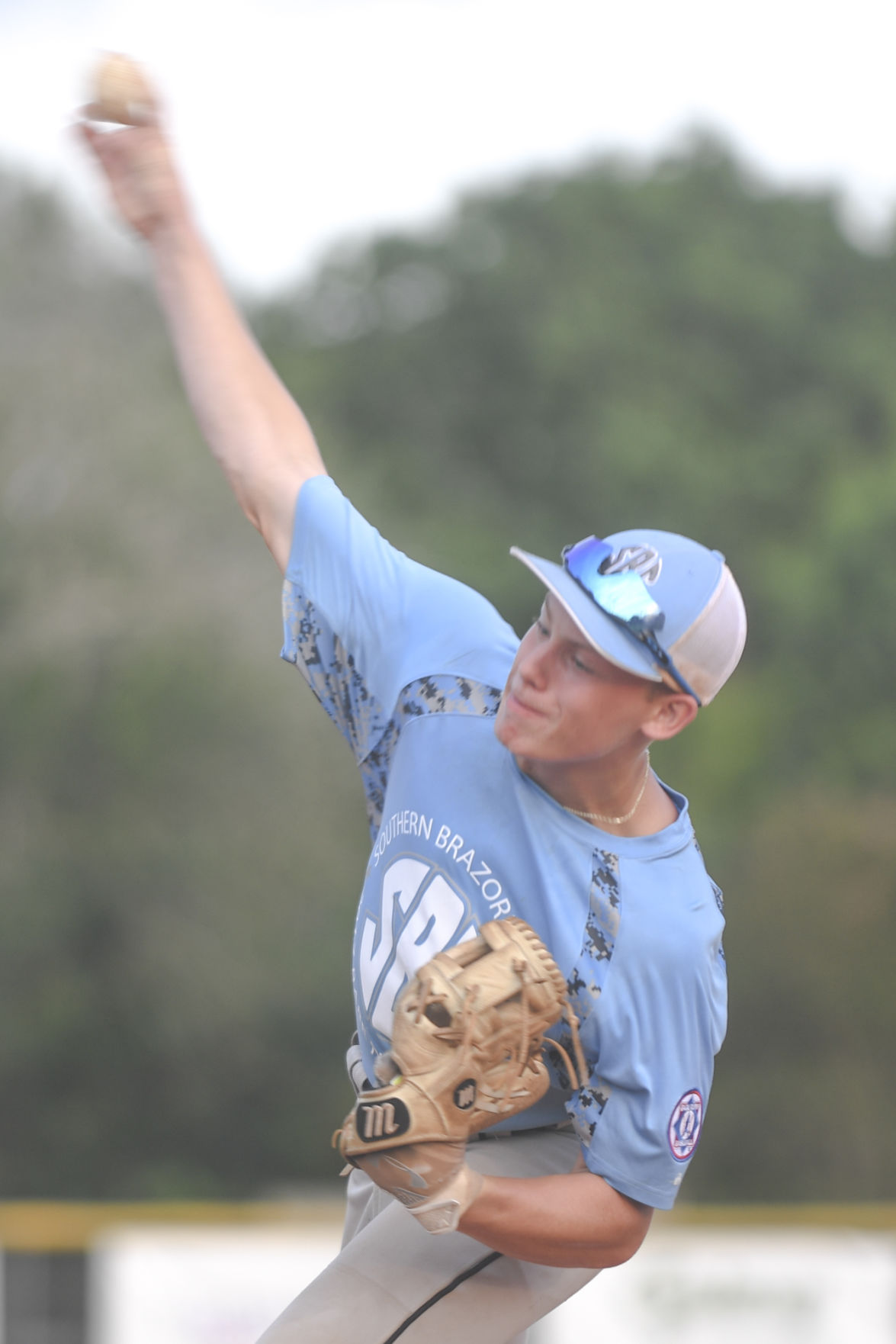 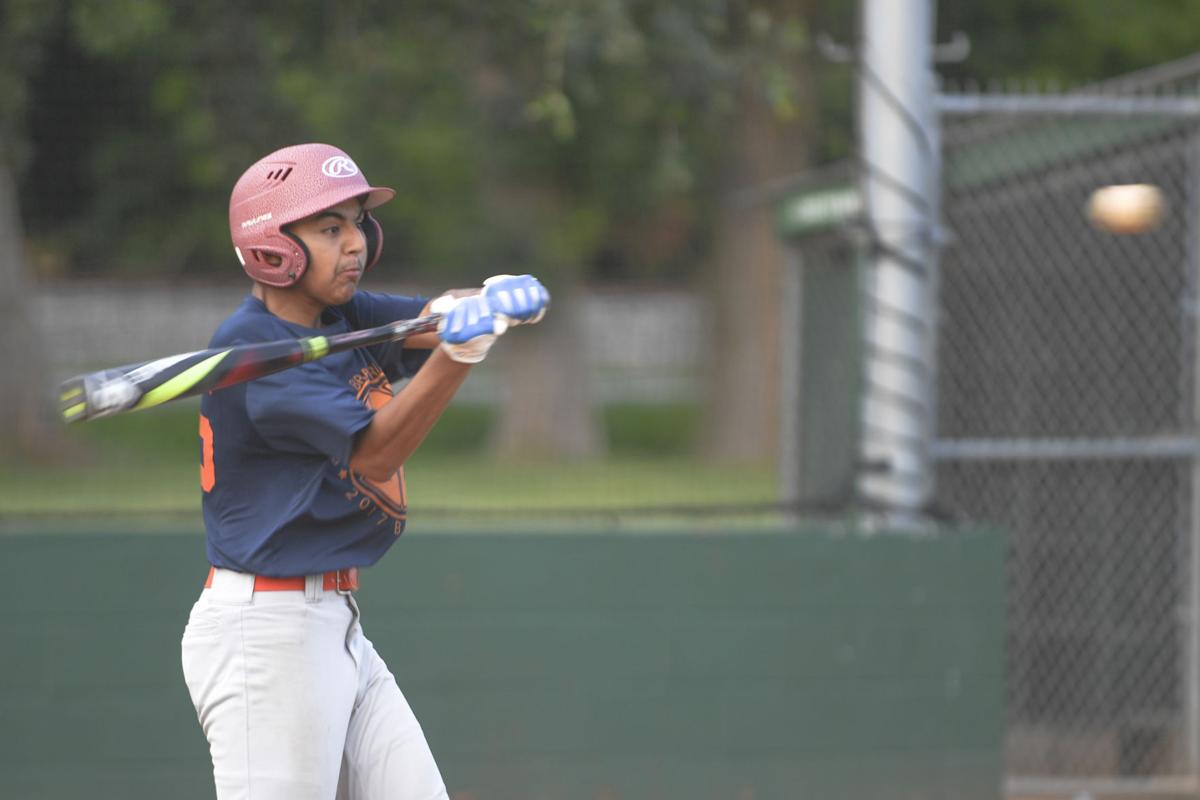 In preparation for the Southwest Region tournament, the SBC 14 year old Babe Ruth team practiced on Friday with Mykal Morales taking a swing at the ball. 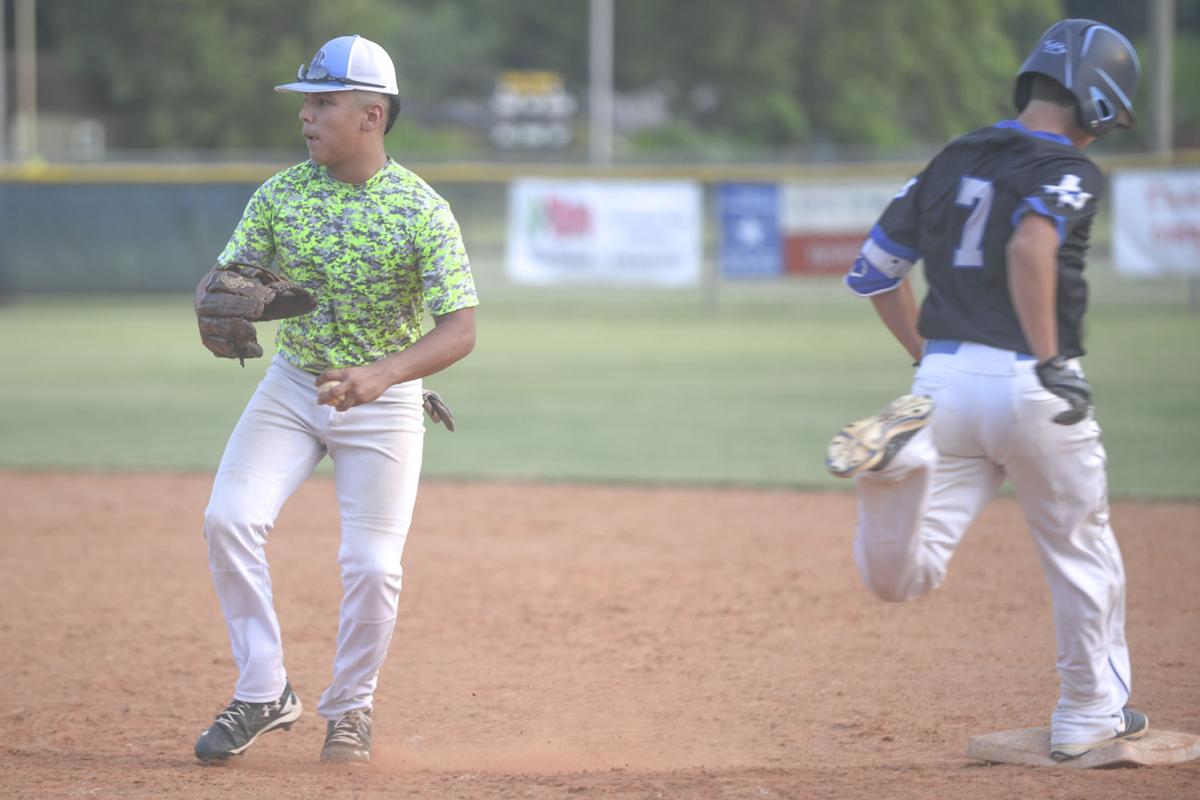 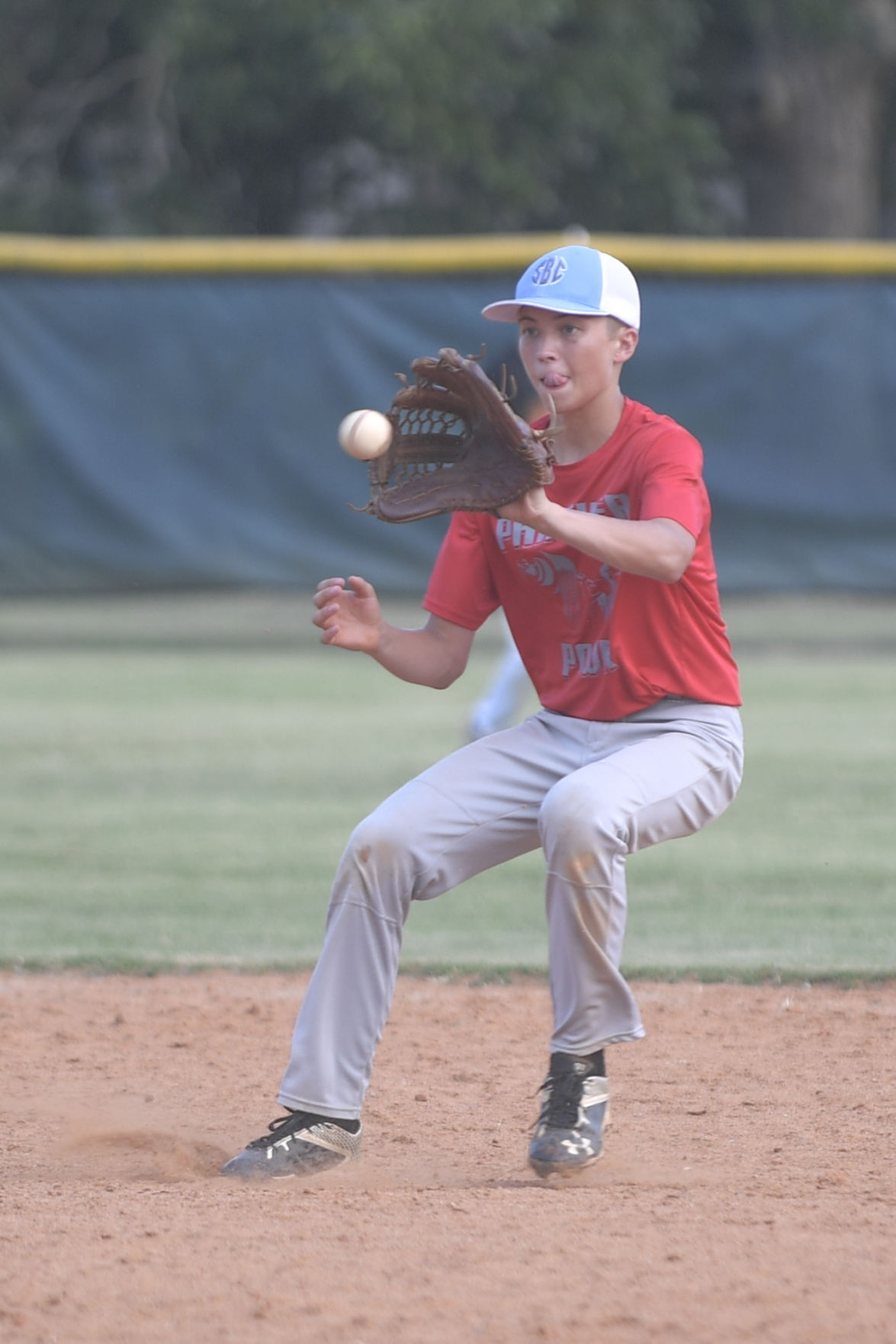 Addison Atkins fields the ball Friday at J.T. Suggs Field in Lake Jackson. SBC will be in Plainview for the Southwest Region Tournament, which starts Friday. 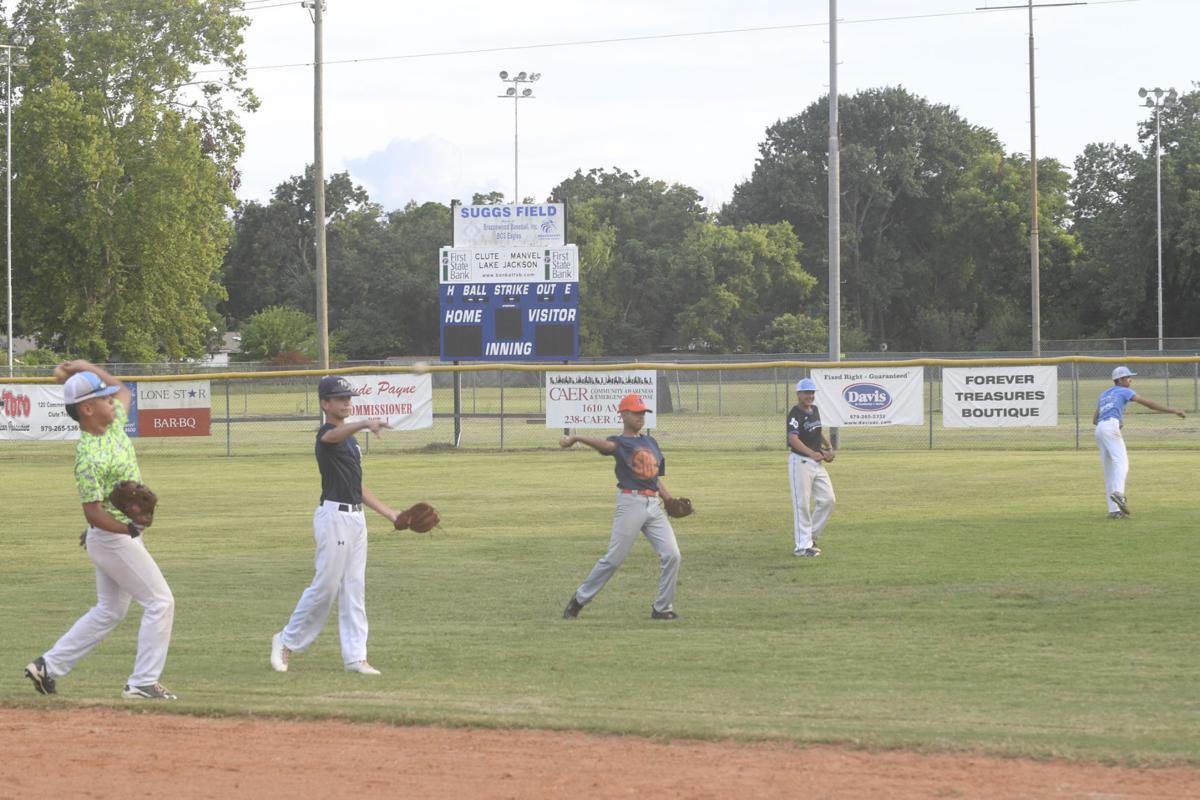 In preparation for the Southwest Region tournament, the SBC 14 year old Babe Ruth team practiced on Friday with Mykal Morales taking a swing at the ball.

Addison Atkins fields the ball Friday at J.T. Suggs Field in Lake Jackson. SBC will be in Plainview for the Southwest Region Tournament, which starts Friday.

The Southern Brazoria County 14-year-old Babe Ruth all-stars and their high-powered offense will stay in-state to play the Southwest Region Tournament in Plainview.

SBC is used to long drives coming off its East Texas State Tournament championship and 5-0 record in Del Rio.

“It was a drive for them to play at their best knowing that it was a double elimination tournament and knowing it could end at any time,” SBC 14-year-old manager JB Garcia said. “So this state tournament was a good experience for them knowing how quickly it could end.”

The tournament in Plainview, which is just north of Lubbock and south of Amarillo, will feature a nine-team double-elimination format with games played at the David and Myrt Wilder Field.

A banquet to welcome the teams will be at 7 p.m. today at the Pete and Nelda Laney Activity Center with opening ceremonies at 10 a.m. Friday at the field.

“A lot of these guys play select baseball and are all over the place in the Houston area, around Beaumont and for them it is just another day at the ballpark to try to go out there and do what they do,” Garcia said.

A squeeze bunt by Damian Leal ended the East Texas State tourney as SBC slipped by Del Rio, 7-6, in the championship game.

“I think we are getting there, we are where we need to be as a team. They’ve worked hard there last few practices and I think we are ready for this tournament,” Garcia said.

The only close game for SBC was in the final game against Del Rio, which worried the coaching staff even though they outscored the tournament field, 76-16.

“So we’ve been working on our hitting because they struggled during that championship game with Del Rio and it has been our biggest focus,” Garcia said. “Del Rio had a pretty good pitcher in the championship game and we got a few hits off him, but we didn’t hit the ball like we should have, especially against a strong pitcher.”

Garcia wasn’t surprised by the way his team performed in Del Rio and will be looking to see the same this weekend.

“I liked their ability to grind through whatever might be happening during a game and not letting it affect their confidence, their potential or their play,” he said. “There were times where they could have checked out or gave up because something went wrong, especially in that final game, but they continued to push through and got the win.”

In their final practice Tuesday, the team spent all of its time in the batting cage, making sure every cut counted.

“They can play better then what we did we had a few throwing errors, had some mental errors defensively and maybe some errors that some of these players don’t make,” Garcia said.

“So we need to clean that up and now that we are playing on turf, it will help us with a good read on the ball to eliminate those errors. They know this is the second step to the World Series so I think we’ve been driving that focus during these last few practices and it is sinking in.”

SBC will open the tournament at noon Friday against Denver City as the visitors. A win there could give them a day break and not have to return to the field until 1 p.m. Sunday.

“The guys that we expected to perform at state performed, but the boys knew each one had a job,” Garcia said. “They knew ahead of time that not everyone was going to get the same amount of playing time and some were not going to play at all. But as a team they understand that at some point and in some way each one will have to contribute.