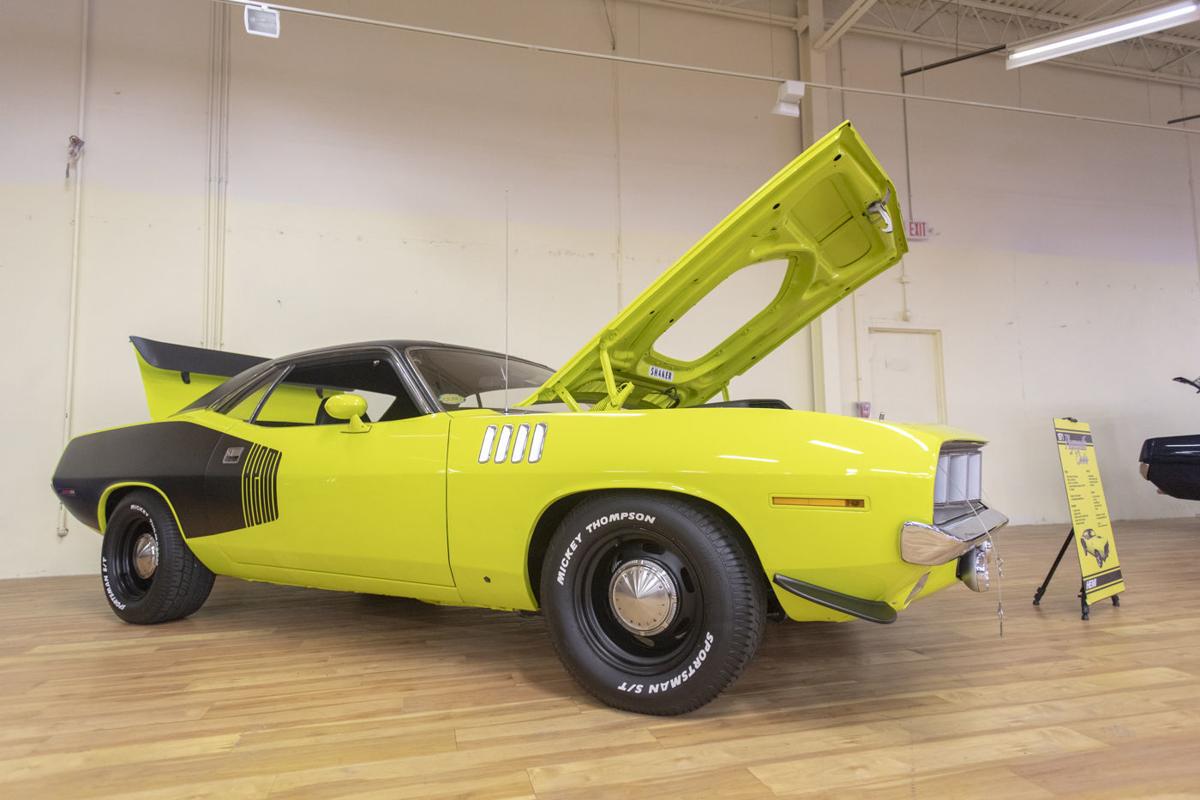 Roland Rodriguez’s 1971 Plymouth ‘Cuda from Classic Cars of Brazoria County was on display Saturday at the Nfinite Racing Autofest at Brazos Mall. 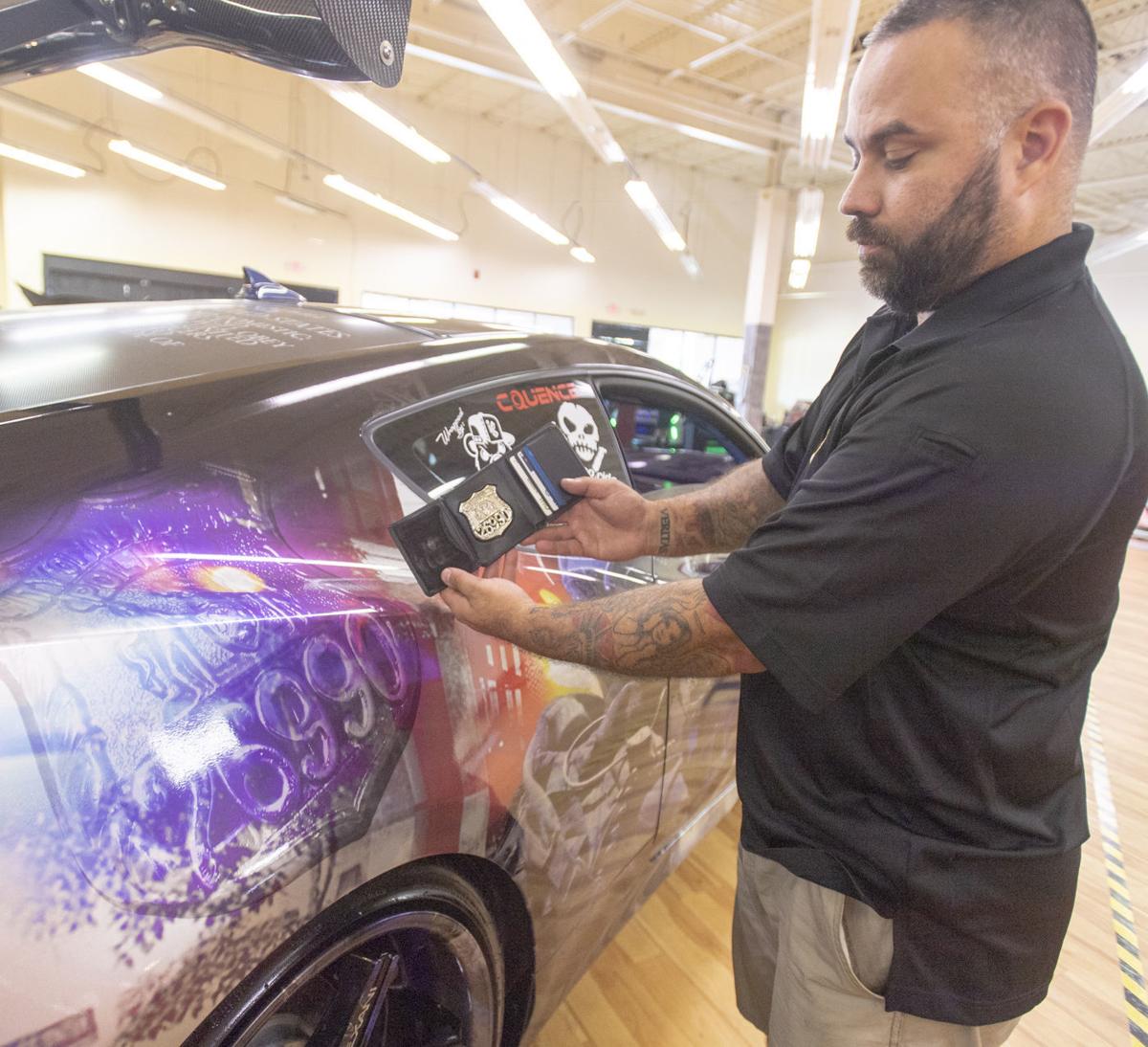 Isac Ramos, a former NYPD officer has a 2015 Hyundai Genesis Coupe 3.8 that is wrapped to show tribute to military and law enforcement. Ramos holds his old badge in front of it pictured on his car Saturday at the Nfinite Auto Fest in Lake Jackson. 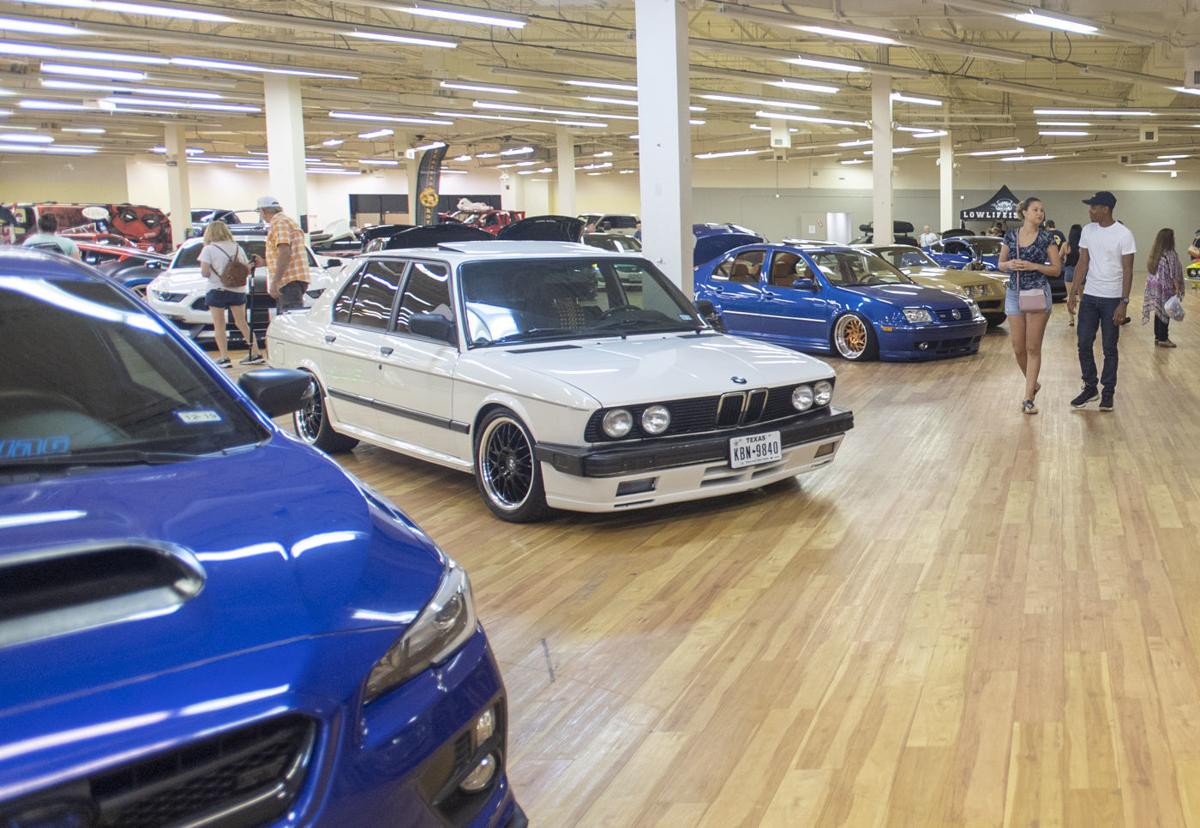 Roland Rodriguez’s 1971 Plymouth ‘Cuda from Classic Cars of Brazoria County was on display Saturday at the Nfinite Racing Autofest at Brazos Mall.

Isac Ramos, a former NYPD officer has a 2015 Hyundai Genesis Coupe 3.8 that is wrapped to show tribute to military and law enforcement. Ramos holds his old badge in front of it pictured on his car Saturday at the Nfinite Auto Fest in Lake Jackson.

LAKE JACKSON — Joel Perkins has been working on cars since he was in high school, and Saturday he was at the Nfinite Racing Autofest at Brazos Mall showing off his 2017 Subaru WRX STI.

The dark blue car the Lake Jackson resident has owned for almost a year was one of the standouts at the two-day event hosted by Nfinite Racing that continues today from noon to 4 p.m inside and outside the mall near the movie theater.

“It has modifications, outside exterior work, after-market rims and tires,” Perkins said. “I do it for the passion. It is a great hobby to do on the side when I am not working. It keeps me busy.”

The Subaru is the fourth car Perkins has worked on. The first was a 2003 Dodge Neon.

One of the main reasons Perkins works on cars is to the see reaction at shows such as the one this weekend, especially from the kids.

“Seeing the younger generation when you go to shows like this look at cars and say, ‘I’m going to do the same thing,’ Perkins said. “It’s a passion. That is one good thing about it and the way it draws people.”

Perkins enjoys looking at what others have at shows just as much as he enjoys working on his own cars.

“I would rather look at other cars and when I have time, that is when I work on my own,” Perkins said. “My wife says I give more attention to my car than her.”

Working on cars has also been an avenue for Perkins to spend time and bond with his children.

“I have a 5-year-old son and a 1-year-old and my oldest is 11,” Perkins said. “My son loves it. That is why I have him. Right now we are going through a Pokemon stage. I switched out my shifter knob for him. I do it for my kids. That is another reason I do it. They love it. They love going to shows. It makes them happy.”

Alongside Perkins was Issac Sanchez, also from Lake Jackson, with his 1985 BMW 535i sedan.

“It was the very first of that model of car,” Sanchez said. “It was the first super sedan that was ever sold anywhere. That was the one that set the trend for having all these family cars.”

Sanchez picked up the car about a year and a half ago. He found it abandoned and he had always wanted that specific model, he said.

“When I bought it, nothing worked so I had to go through the whole car,” Sanchez said. “I had to fix everything myself.”

Sanchez said he has worked on cars all his life because he has always had to do things himself.

“It is expensive to have someone else work on your car,” he said. “My car took a lot of work and a lot of effort on my part to get everything working.”

Perkins said he gets a lot of pleasure from driving the car, now that he has put so much work into it and has it running.

The BMW is the second car Perkins has put a lot of work into. He said he has always gone for the cool cars, back to when he bought his first one when he was 16.

Perkins’ other reason for attending shows like this weekend’s is to talk to the people.

“Car people are really special people,” Perkins said. “They have a big heart.”