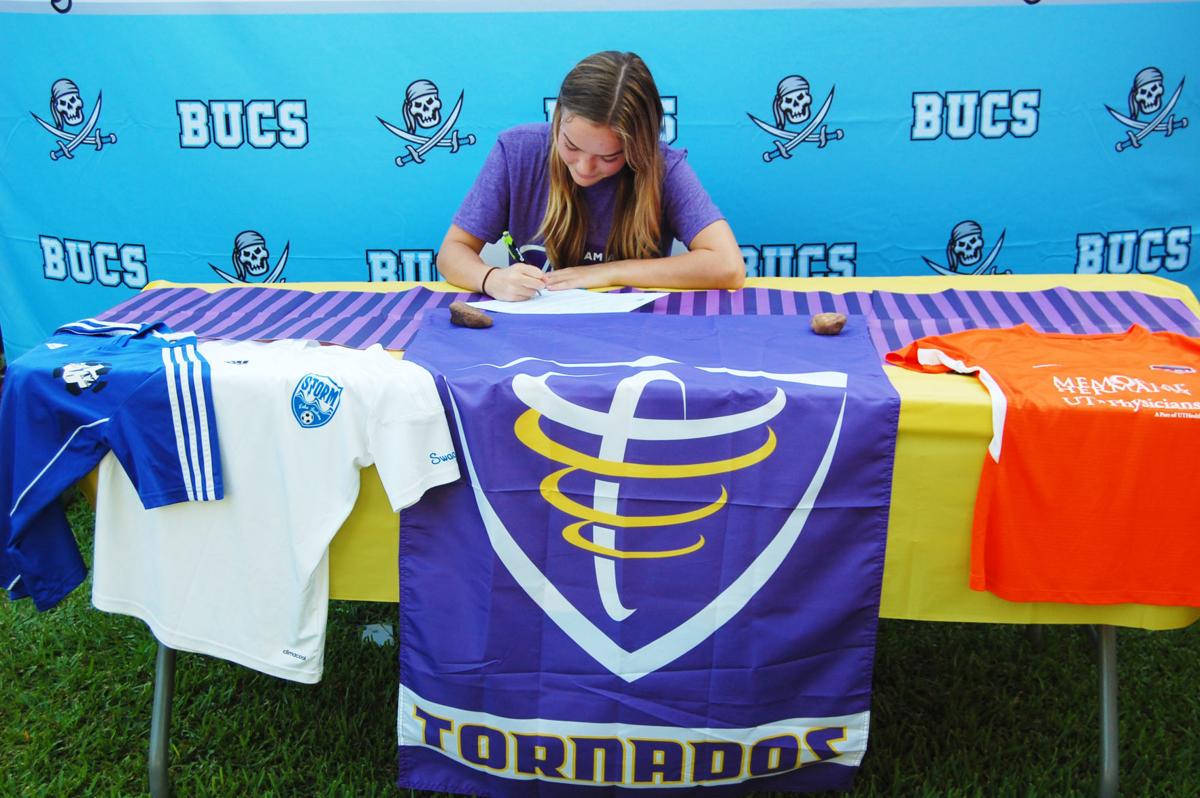 Lady Buccaneer Tricia Heckendorn signs to play soccer at Concordia University on Tuesday at her home in Lake Jackson. She was a District 23-6A First-Team selection in her senior year, amassing 16 goals and 12 assists. 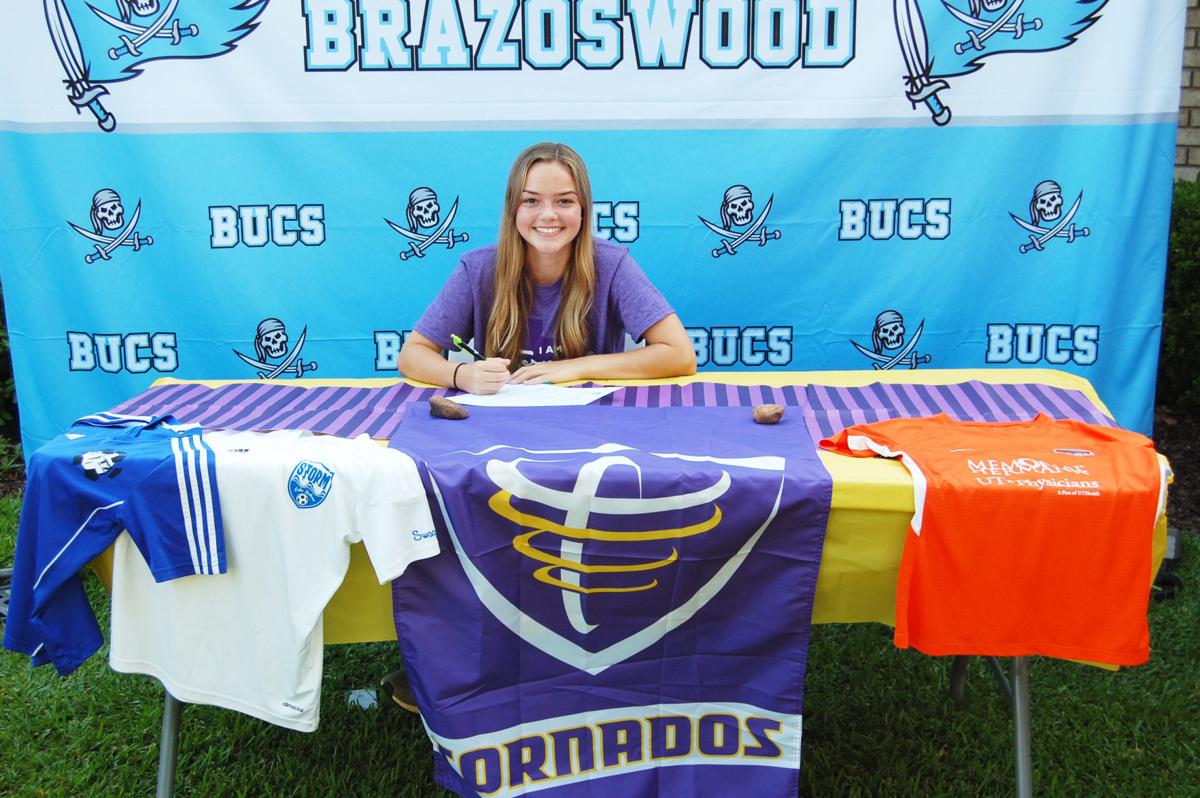 Lady Buccaneer Tricia Heckendorn signs to play soccer at Concordia University on Tuesday at her home in Lake Jackson.

Lady Buccaneer Tricia Heckendorn signs to play soccer at Concordia University on Tuesday at her home in Lake Jackson. She was a District 23-6A First-Team selection in her senior year, amassing 16 goals and 12 assists.

Lady Buccaneer Tricia Heckendorn signs to play soccer at Concordia University on Tuesday at her home in Lake Jackson.

CLUTE — Lady Buccaneer Tricia Heckendorn capped her senior year by signing Tuesday to play soccer at Concordia University after a fruitful year on the pitch.

“I’m glad I’m going at a higher level and starting a new chapter in my life,” Heckendorn said. “I worked every day really hard. Junior year was harder for me and I knew my senior year I had to step it up to get better achievements. I wanted to achieve those things and I did that.”

An honorable mention a year ago, she earned first-team honors for District 23-6A during her senior season. She was a key contributor for the Lady Bucs en route to their third straight district championship with 16 goals and 12 assists.

Brazoswood coach Kim Blank saw the dedication Heckendorn had for getting better last summer leading up to her senior year and in practices before and during the season. As a coach, she couldn’t have been more pleased by how far Heckendorn had grown in a year’s time, Blank said.

“I’m super proud of Tricia. She’s such a hard worker and she’s put in so much effort for the three years I’ve had an opportunity to coach her,” Blank said. “She really defines what a Lady Buc soccer player represents and what they should be and the work ethic they need to have.”

She’s a team player and put in the work in the weight room and in practice. She was the only senior to never miss summer conditioning workouts and the coach was happy she’s going off to play in college, Blanks said.

Heckendorn signed to play for the Tornadoes after establishing a relationship with Concordia head coach Andy Tunnicliffe. She liked the way he was able to recruit other good players.

“He communicated a lot with his players and he’ll stay connected and in contact with you,” she said. “He’s good at finding players that shouldn’t be on that team, players that are under-recruited.”

Though the pandemic hasn’t allowed recruits to officially visit schools, Heckendorn has been to Concordia before and the outside environment of the university was the aspect that stood out to her the most.

“I just liked how the campus is. It’s outside, so when you go to class you’re outside and I just like the way it is,” Heckendorn said. “I just like how it is and it’s in Austin, by Lake Travis.”

Heckerdorn’s senior year was cut short as the team aimed for a state championship, but her fondest memories of her last season as a Lady Buccaneer were being with her team and doing her best to pave the wave for the younger players to be successful.

“My best memorable moment was being able to bond with all the players and be a leader toward all the younger the players in the program — showing them how I play and how we should play in the program,” Heckendorn said.

Heckendorn was one of four Lady Buccaneer seniors who will sign to play at the college level. Concordia is a NCAA Division III school in the American Southwest Conference.